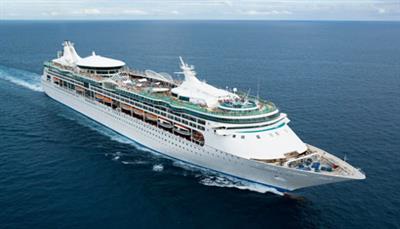 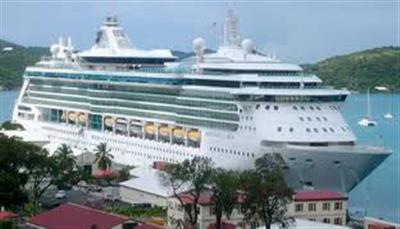 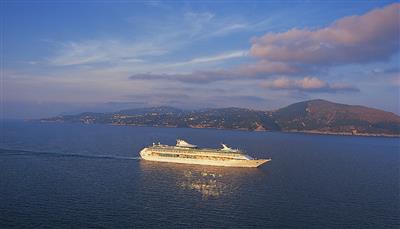 Splendour of the Seas

Having been sold in 2016, Splendour of the Seas now sails as Marella Discovery. However, Royal Caribbean have other great ships to choose from, including Odyssey of the Seas.

Customer reviews for Splendour of the Seas

Just returned from a Venice round trip cruise on Splendour. Great ship, great food, amazing staff who care, and fantastic itinery. Would really recommend this trip if you haven't done it before. Sailing in and out of Venice is an amazing spectacle. Slight downside was the late sitting was 9pm and on previous ships has always been 8.30pm. Used Windjammer a couple of evenings so as not to miss shows and other things going on around the ship. Entertainment was great, especially The Beatles. Boarding and disembarking was flawless, lots of people guiding you along the route. Not so in Marco Polo airport on return home. Long check-in and passport control so make sure you leave plenty of time as we boarded straight away after getting through passport control. Above all i reccomend this cruise

My review is for you Iglu I would like to say a big thank you for a very professional service you provided. We had a wonderful holiday from start to finish and it all went like clock work, greeted at the airport as if we were film stars! It made our holiday extra special. It was a pleasure being onboard Splendour of the Seas Royal Caribbean. Kind regards. With thanks. Mrs B Liney

Ship was a bit jaded but the crew were excellent

I sailed on the Splendour of the Seas, doing an Eastern Med cruise from Venice, calling at Bari, Corfu, Mykonos, Athen & Dubrovnik. I would summerise this cruise as relaxing, great weather with loads of activities. The service we recieved all over the ship was first class, even down to the waiters from the dining room, seeing us about the ship and greeting us by our names (it's the little things). The ports of call were brilliant, and the port guide recieved with the Cruise Compass each evening was very good at outlining what there was to see in each port and also how to get there from where we were docked. I travelled with my mum,  so we did most ports under our own steam. Using the shore guide we managed to see everything we wanted. In Athens we did a shore excursion through Royal Caribbean to see the Acropolis. The tour was very well organised, the guide was very informative and outlined everything we were looking at, with a bit of background history. The ship itself was clean, vibrant and you could see that she had recently been through a refurb. I would honestly say the best cabins were the new balconies on desk 6, as they come out from the side of ship and actually hang over the water, offering completely clear views. We were in 6568. The food was very good all over the ship, from the Park Cafe in the Solarium, to the main dining room. There was always something for everyone and everything was very tasty. The hidden gem actually on the ship was the Windjammer cafe, which we had dinner in twice, one evening they had a speciality Indian night — which after having three courses every night made a pleasent change. The spa, solarium, and the pool deck were all good places to relax on the ship and in the evening we found ourselves in the Schooner bar — where Juanito would enterain us playing the piano and performing everything from some modern classics like Elton John, to more classically influenced pieces. Chris, the head of entertainment for all British passengers, ran trivias — some of which definitly made you scratch your head in thought! In conclusion the cruise was great, I would travel with Royal again and happily sail on the Splendour — she was a good size with 2500 passengers onboard and you never felt the ship was full.  I would recommend doing the drinks packages, I dont drink a lot, but after a few they do add up. Awesome ship, awesome itinerary and an awesome cruise. Definitly worth giving this ship a sail!

The Ship was excellent. Clean and very accommodating. What was amiss was the rip off I suffered by paying in advance Staff Gratuities on the pretext it advantaged my dining rerquiremnts. Firstly the dining in the dining room was a failure and we spent most of our time dining in the Windjammer restaurant which was excellent. Good service pleasant location. When it came to leave the ship we were presented In our cabin with vouchers to give out as gratuities to staff we considered were worth it. Sadly none of the staff in the Windjammer received a penny of our contribution. Received a penny as it all went to the staff in the dining room which we only attended once at great expense. A glass of wine 15$ a bottle of wine over 22$ beer 7$ etc.

We had a fabulous cruise on the Splendour of the Seas around the Greek islands. We visited places such as Mykonos, Santorini, Chania and Corfu to name but a few. The itinerary was excellent and every port was very pretty. We would do this cruise again as there are so many different things you can do in each port.  The ship was brilliant. We have recently been on Voyager and Independence of the Seas and loved the big ships, so we thought that Splendour may be a bit of a let down, but we were wrong. It was perfect. The main advantage was the solarium which had an indoor poor with a glass roof and lovely sun beds. This was a godsend on sailing days as it was too breezy to stay outside. In the Solarium it was a lovely temperature and should have been for children over the age of 16 however a few younger children did creep into the pool when no one was looking.  The entertainment was good especially the Beatle tribute band. We weren't so fussy on the puppet show I actually fell asleep during the show.  The food was excellent as always with Royal Caribbean as was the service, in particular the waiter and assistant waiter. There was a fabulous chocolate midnight buffet one evening - it was amazing. Pity we were so full after dinner that we couldn't do it justice. The staff were very courteous and pleasant during our cruise and we loved every minute of it. We would highly recommend the Greek Island cruise and especially Royal Caribbean's Splendour of the Seas.

This was our first cruise and did not know what to expect. However, we should not have been worried, food, service and cleanliness were excellant. The crew were always helpful and friendly. Only down side was one poor excursion and lack of information on booking re disembarkation.