Crowned European capital of culture in 2008, Liverpool and her famous royal Albert Docks have had a major facelift since the announcement to remerge as one of the best regional UK cruise destinations and homeports. The location of the iconic Cunard House as well as the world-famous Liver Building, Liverpool has a relationship with ocean-going travel like few other cities. This was cemented with the opening ceremony of the new-look £19-million Princess Dock cruise port and terminal facilities where the QE2 berthed for a special firework display. 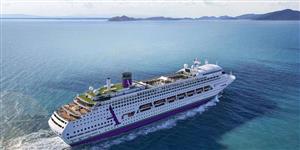 Exploring Northern Norway - The Land of the Midnight Sun from Liverpool

Liverpool Cruise Terminal provides an excellent choice for those looking for the cheap, hassle-free nature characterised by cruises from UK. Fred. Olsen, Marella Cruises, P&O and Princess Cruises all offer cruises from Liverpool whilst Cunard and Crystal Cruises offer itineraries that include Liverpool as a port of call.

Top cruise ships out of Liverpool

Liverpool has a great number of cruise destinations to choose from, mostly setting sail to Northern Europe, the British Isles and Mediterranean. The most common are cruises around the British Isles, mostly heading west and north to Dublin and around Ireland as well as the Scottish isles and Shetlands. Often included as part of a Northern European itinerary, many sailings then head even further to take in the Norwegian fjord, Iceland, Greenland, Faroe Islands and even arctic. In addition, many cruises from Liverpool head along the western coast of mainland Europe taking in the seine, Portugal, span and Morocco before heading into the Mediterranean. Some sailings even head further west to take in the Azores and canaries while occasionally you’ll find a full Transatlantic voyage heading all the way to the Caribbean.

Links to Liverpool Cruise Terminal are catered for by the M1 and the M6 from the south and the M6 and M58 from the north. Train services are available that run from London Euston to Liverpool Lime Street in just over 2 hours, putting you right on the doorstep of your cruise holiday. Alternatively cruises from Liverpool can be accessed by air arriving at Liverpool John Lennon airport.