ROYAL CARIBBEAN FLASH SALE! Up to £700 Savings included*, Plus 3rd & 4th Guests Sail from only £129*, including School Holidays!

Only three miles from Edinburgh city centre and home of the world-famous Royal Yacht Britannia, Edinburgh-Leith cruise terminal is the perfect place to start a cruise from the heart of Scotland’s cultural hub. Cruise ships arrive in the early morning and leave in the evening giving you plenty of time to make the journey or see the local area before boarding the ship. 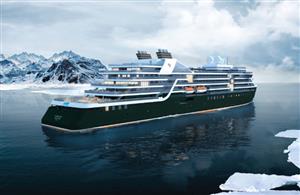 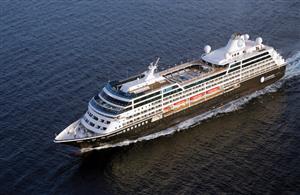 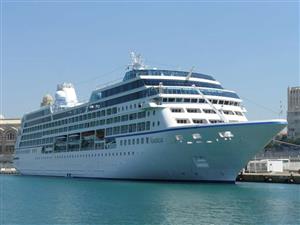 How to get to Leith

Leith is easy to get to from being so close to Edinburgh. Just outside the main city, it is well connected yet traffic free most of the time, with good signage.

From the south it’s best to take the A702 from the west before joining the A1 up the coast and around the city centre to Leith. From the east approach via Newcastle and keep heading up the a1. From here, keep heading north as the road becomes the A199 and on to Leith. From Glasgow and western Scotland take the M8 and then A90 to go north of the city centre. Meanwhile from northern Scotland take the M90 over the Queensferry Bridge.

There is a pick-up and drop-off zone outside the terminal as well as a long stay car park for up to 450 vehicles. Follow the clearly-posted signs as you approach the cruise port.

Edinburgh train stations are well connected to Glasgow and wider Scotland and further south to England. London to Edinburgh is about 5 hours with a possible connection via York. Once in Edinburgh a taxi to Leith is around 15 minutes to the terminal with a convenient taxi rank by the terminal for loading and unloading luggage. Also, regular buses from the city bus station are around 20 minutes journey.

In addition, Edinburgh airport is about 30 minutes’ drive to the cruise terminal with connections all over Europe.

The Leith Cruise Liner Terminal is a modern purpose-built facility with good amenities, including seating areas, toilets and telephones, for cruise passengers waiting to board. For special assistance and amenities for passengers with limited mobility Leith Cruise Liner Terminal is highly accessible by car, bus, taxi or coach and has facilities such as disabled toilets.

Meanwhile, there’s plenty to do off the ship either side of your cruise holiday on Leith such as taking a tour of the Royal Yacht Britannia, explore the town and its numerous other attractions straight off the ship or head to Edinburgh city centre. The Ocean Terminal Shopping Mall, with an extensive array of shops, cafes, restaurants and banking facilities is adjacent and within 2 minutes’ walk, as well as a large Asda. For hotels there are plenty of options in Leith, including directly around the waterfront, or Edinburgh itself.

In nearby Edinburgh there is Edinburgh castle with a nightly military tattoo during August as part of the Edinburgh Festival, the old town with royal mile leading to Holyrood, the National Museum of Scotland and King Arthur’s Seat.