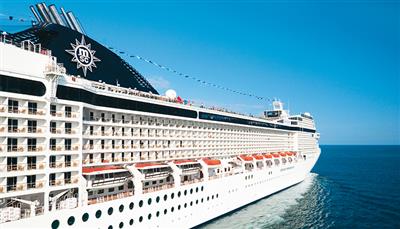 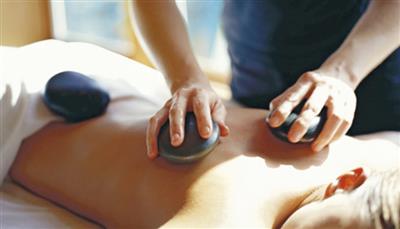 MSC Musica is filled with so much choice that the only time you waste will be through deciding what to do! Launched in 2006, this is a ship that has all of the sophistication associated with MSC’s superb brand of Mediterranean cruises. MSC Musica is a fairly large liner that has a mass of 92,400 tonnes, spans over 298 meters in length and incorporates 13 impressive passenger decks.

MSC Cruises aims to continue offering a uniquely Mediterranean cruise experience and this goal is achieved perfectly aboard MSC Musica. Contemporary décor and tasteful design, mixed with fine hospitality and service, create a truly unique ambience for passengers to remember.

The cuisine aboard MSC Musica is a mix of typically Italian dishes and international food. Expert chefs provide menus that not only satisfy, but also inspire. As well as the amazing tastes and flavours of Mediterranean cruising, you will be given the chance to sample a variety of cuisine, usually dishes from the countries you will be visiting during your cruise holiday. Chefs aboard MSC Musica have also prepared menus designed to fulfil the needs of those with specific dietary requirements. Menus for diabetics, allergy sufferers and vegetarian's needs can all be requested.

The two formal dining rooms onboard the ship are L’Oleandro and Le Maxim’s, where guests can expect everything from soup to risotto and roast guinea fowl. For an alternative dining venue, head to Kaito Sushi Bar, serving deliciously fresh sushi at lunch and dinner time. If you’d rather a buffet-style mealtime, Gli Archi cafeteria has stations serving everything from pizza to hot dogs, pasta and decadent desserts.

As day turns to night and you witness beautiful sunsets on Mediterranean cruises, MSC Musica takes on a persona that sparkles with a certain glitz and glamour. 12 bars, a theatre and a casino cater to whatever mood you find yourself in. Whether you fancy a quiet game of cards or a lively night in the club, the choice is entirely up to you.

Spreading happiness and hours upon hours of excitement for young and older children is Doremi, MSC cruises brand of family entertainment. Aboard MSC Musica there are fully supervised programmes of events and activities. The mini club is for smaller kids of 3 to 9 and offers playrooms, games and other activities. The juniors club keeps 9 to 13 year olds entertained with video games and more, while the teen club organises parties and older activities such as onshore tours.

There is a wealth of opportunity for you to get involved in numerous physical activities on this elegant ship. 2 large pools, a jogging track, aerobics classes, basketball and tennis all offer ideal ways of maintaining your active lifestyle or try something new.

In addition, there are lots of fantastic spa treatments on offer. Why not treat yourself to some time to unwind and indulge in pure pleasure? Offering a Turkish bath, steaming sauna and bubbling whirlpools, MSC Musica will see that the stresses and strains of life are washed away, leaving you care free and feeling your best.

Lovely ship, spotlessly clean as cleaning seemed to go on all day which was good. Staff exceptionally nice albeit some were overworked especially at the bar areas which also dealt with soft drinks and ice cream. Food mostly excellent but self service restaurant sometimes was a hit and miss. Customer Help Desk could really be more helpful and you have to press them if you have an important issue. Irritating when you ask a young member of staff onboard a question and you get back an enormous smile instead of an answer since not all can speak English.The theatre was a beautiful and attractive one just as you would expect, and the acts were fabulous. Looked forward every evening to this. All in all a lovely cruise but not sure if it was value for money.

CONS -Embarkation - we were waiting for two hours in the port. The port guy was constantly shouting at you and people waiting. People in the queue were very poorly mannered, kicking, pushing you and trying to skip the long queues -MSC gave us incorrect drinks package and then blamed our travel agent saying travel agent provided incorrect info ( not true) -MSC allocated our preferred restaurant incorrectly and blamed our travel agent asking for that specific restaurant as per our request (not true) -Dirty bedlinen in the cabin ( stains) -Dirty bathroom ( dirty door, mirror, rust and dirt in the shower) -The balcony cabin is old and carpet/ furniture needs to be replaced very badly - The balcony is dirty and rusty - Customer service is non existent -at the very best they will ignore your complaints, otherwise they will shout at you , they could not care less about your comfort or satisfaction -Cold water at all tea stations- impossible to make a cup of tea -The pool was impossible to get into- too many poorly mannered people pushing you out of the way and kicking you ( we have got a balcony cabin Fantastica experience, which was supposed to be a luxury experience- what a joke!) -The Italian staff were very rude , inpatient, poorly mannered. They were constantly raising their voice and shouting at you. Anything we were asking for was too much of a trouble for them - Our waiter at dinner was really good but service in the restaurant during lunchtime was awful - the waiting staff was ignoring you, you could sit there for 30 min waiting to get a menu, the waiter at the door shouted at you when asked to take order ( shouting that he is not taking orders as he is a door waiter) -They will charge you for water in the cabin even when water is included with your package - They will add Unicef charge to your bill without asking you - I have got a severe allergic reaction within 10 minutes of drinking their cheap pina colada at the pool -They will mix french and english speaking groups together on excursions to earn more money, pure greed ( and will still charge you 90 euro per person). -Disembarking was terrible, staff were treating you like a cattle, long queues again for 3 hours, staff shouting at you, people kicking and pushing you, arrival was also late -Buffet was a mess, people running around, pushing you out of the way and trying to skip long queues - The wines included in the 30 euro per day package were very cheap and of a very bad quality , MSC cocktails gave me a severe allergic reaction PROS -The food was very tasty -Ports / towns where we stopped were very nice - especially Dubrovnik , Venice, Lecce, Mykonos, Olympia -Some Asian staff were very good, polite and friendly -Excursions were interesting and well organised ( except for the guide called Eva in Athens - Acropolis, Plaka and Museum tour- my advice would be to avoid this one) -Entertainment was really good