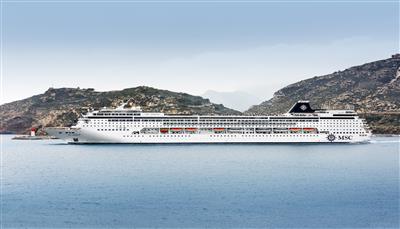 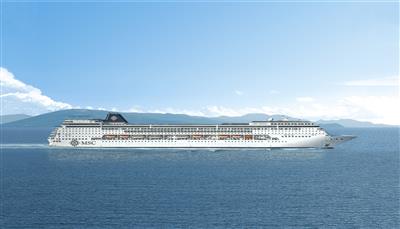 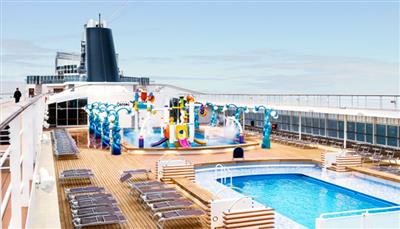 One of the best loved vessels in MSC's fleet, the 58,625 ton MSC Armonia sails around the Mediterranean in summer and chases the sun, sailing from Tenerife & Gran Canaria, exploring the Canary Islands, during the winter.

Majestic in stature but intimate and welcoming at the same time, MSC Armonia can carry just over 2,000 passengers and a crew of over 700. Newly-restyled, the ambiance on board is refined and casually elegant with the Mediterranean sense of style that has always been a hallmark of MSC Cruises. With a high space and service ratio, guest comfort is at the forefront of an MSC cruise.

Following on from refurbishments in November 2014 under the Renaissance Programme, the new-look MSC Armonia has been enlarged and enhanced, has more balcony cabins, dedicated clubs for younger cruisers and features tailor-made areas for children that have been officially designed, equipped and endorsed by Chicco and LEGO.

With several gourmet restaurants and a 20-hour buffet, you’ll find somewhere to eat that’s perfect for you.

In addition, there are various smaller eateries dotted across the ship, where guests can enjoy ice cream at La Gelateria, smoothies and juices at the Vitamin Bar or coffee and pastries at Caffe San Marco, although these treats do come at a small additional price.

Evening entertainment onboard MSC Armonia is a goldmine of fun waiting to be discovered by each and every guest. Whether you enjoy a drink in a quiet bar or a livelier and more energetic night of performances or live music, the venues onboard cater to every taste perfectly.

If you’d like to catch a show during your cruise, head to the Teatro La Fenice. This large theatre hosts six shows a week featuring music, dancing and acrobatics. For those wanting to try out their luck, there is also the Palm Beach Casino, complete with slot machines, table games and a small bar. Alternatively, if you’d just like to enjoy a drink and maybe some live music, there are lots of other venues from which to choose:

With a big focus on families, MSC Armonia has great facilities for guests of all ages.

In addition, parents/carers will be pleased to learn that there is a private babysitting service available at an extra cost, perfect for those wanting to finally enjoy a long-awaited date night.

Downtime onboard MSC Armonia can be spent however you wish. Visit the Aurea Spa to experience a traditional Balinese massage or take advantage of the stunning sea views while you work out at the well-equipped gym.

However, getting active onboard doesn’t have to involve a trip to the gym, so get that blood pumping up on deck with a game of tennis or basketball, reach new heights on the climbing wall or test your golfing abilities with a turn on the miniature putting green.

Daytimes onboard MSC Armonia have a wealth of activities for guests to enjoy. Nothing says “cruise holiday” more than hours spent lounging by the pool with a drink in hand and with two pools, sun loungers and hot tubs, choose your favourite spot and settle down for a day of relaxing. Inside, cruisers can find several shops where you can find a range of duty-free bargains.

I wouldn’t travel with msc again. Very poor customer service. Poor entertainment. Not much to do when a full day at sea. Eg the sports centre was closed for the full week we cruised.poor entertainment at night. Our cabin air conditioning was blowing out black dirt all over the bed,had to complain numerous times Before it got sorted. So would not recommend msc. But on the bright side. Did see some lovely places.

Destinations were fabulous. Ship was very good. Cabin was great. Food was mediocre at best. Staff helpful and friendly.

Food could be better for vegetarians. And also could be warm or hot all the rime

Some of the ports were disappointing, Belize especially. The 2nd sitting dinner was too late at 21:45.I was under the impression it was 20:30 .

Food was repetitive and disappointing quality. Cabin was small and bathroom needed updating.

Our first experience of cruising, 10/10 for this 14 day Cuba, Jamaica Mexico, Honduras Belize Caribbean islands. I had read some poor to average reviews of MSC and this ship, but I have absolutely nothing but praise. No queues getting on or off ship, or at lunch/breakfast meal times, restaurant service and food was excellent. Staff were very attentive kind and happy. All inclusive drinks package had no limits (except champagne) so excellent value for money. Food was fresh, good choice daily and always hot, even the lunch buffet was replenished regularly during service. Hardly any brits on board - about 15% , mainly friendly Italian french and Germans. The evening shows were the only real negative, three of them brilliant and the others just ok. We had a lovely spacious spotless cabin with a housekeeper who really excelled. Felt sad leaving, and will book again for next year.

I have cruised on the msc splendida, thought this a well run ship and i had a wonderful time. But the Armonia I did not like this ship at all. I have been cruising foe 25 years ,cabins were clean ,that's about all I can say. information desk crew very unhelpful, entertainment crew to young thought more of themselves than the guests, except for dance teacher, the buffy restaurant was a nightmare no where to sit and eat. the other restaurants no better, keep waiting hours to get back on ship after trips.