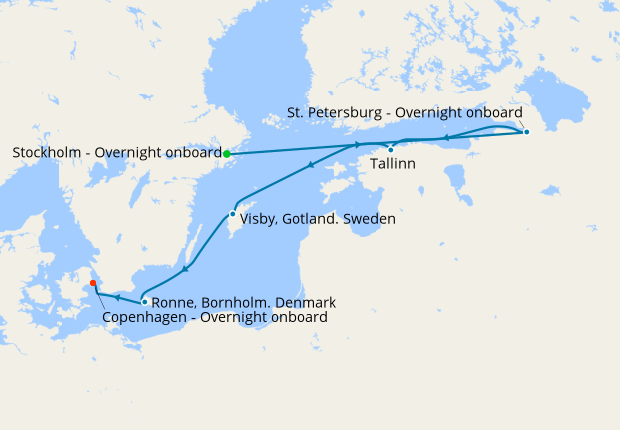 Cabins on the Viking Sky

Absolutely superb - could,not fault anything whether the spec of the ship, the food or the service.

This was our first cruise with Viking and we were interested to see how they compared with our favourite line, Oceania, who occupy the same market segment. I have to say that it was bit of a curates egg - good in parts. From their marketing one would assume that the whole ambience of the ship would be very European but in reality the ethos seemed quite American which could be explained by the fact that the vast majority of guests were from the US with a small percentage of Brits and virtually no other European passengers. Turning to the good, the food in The Restaurant (the MDR) is of a very high standard and the staff uniformly excellent with a good blend of professionalism and friendliness. In this I would say they are the equal of Oceania which is high praise. On the downside, the design of this space with hard walls and ceilings exacerbates the level of noise - our transatlantic cousins can be prone to talking rather loudly - to the extent that on one evening my wife and I had to virtually shout at each other across a table for 2! This design issue needs rectifying. Afternoon Tea in The Wintergarden was excellent, as was Mamsens, the Norwegian Deli, and we enjoyed the wine pairing menu at The Chef's Table. We did not eat at the other speciality restaurant as we had been unable to secure reservations on=line prior to departure, although we were offered an early dinner on a table for 12 on board which didn't appeal. Although Viking claim to offer guaranteed priority reservations for the speciality restaurants in fact this does not seem to be the case and some guests to whom we spoke had been unable to get into either restaurant. There are some design issues with the ship which in some regard could be described as 'style over substance'. The decor in pale wood is very Scandi as promised, but as a result of the design there is insufficient drawer storage in the cabin which also includes a padded top coffee table to which hot things stick (why?) and a tray which seems to serve no purpose except to have to be constantly moved. There is a coffee capsule machine which works well but no means of making tea - US influence again. The bed was very comfortable and the bathroom excellent with underfloor heating and a glass enclosed shower. For some reason, the veranda has been designed with no drainage so that it was almost constantly wet with the result that one walked damp into the cabin leading to staining on the carpet. The ship also seemed very nervous in any kind of sea with a slightly disturbing judder throughout the ship on top of which the cabin fitments creaked more than any ship we have ever been on in only moderate conditions. The line emphasise 'enrichment' and the lectures were mostly interesting, if a little esoteric. Entertainment however was poor in the main; what was particularly strange that there was only one theatre performance each night at 21.15 which impacted on dining time and with one exception were in any case very average being carried out by just 4 vocalists who also danced. The exception was the evening when the cruise director - a very talented mezzo - and her assistant took over the whole show. In my humble opinion however they were rather better entertainers than organisers as the planning of events didn't flow well. I was shocked that on one evening the 'main' show in the theatre was a movie so that they could hold a Halloween party on the pool deck later. One almost got the impression that 'entertainment' was a bit of an afterthought with as little money as possible to be spent. They could learn a thing or two from The Headliners! Also the theatre is far too small to accommodate everyone. Another couple of examples of poor planning. It was nice to have a local folklore group come on board in Corfu, however the cruise director had decided to have them perform on the Pool Deck with the result that the bottom half of the performers could not be seen, even on the screen. A bit important for dancers! In the same vein, shuttle arrangements in Dubrovnik were a shambles as insufficient coaches had been allowed for so that queues were developing to go back to the ship. We arrived at Pick-up at 16.20 to get the 16.30 to discover that there was already a large line waiting and that the 16.30 coach had already left as it was full so we would have to wait for the 17.00. We just scraped onto this, by which time a lot more people had arrived and would presumably have had to wait for the 17.30 coach. This is unacceptable at this price point. On the same lines, on disembarkation we were taken from the ship at 09.00 arriving at Athens Airport at 09.55 for a flight at 14.25. This was 2 hours before check in opened so we were left in an area with few seats or facilities for a couple of hours. At this price point I would expect at the least to be allowed to remain in an on-board lounge for longer or, better yet, to have an included tour en-route to the airport. Reading through other reviews however there does seem to be a theme that Viking are not terribly interested in arrangements off the ship. The ports were good and the itinerary well chosen, although we were unfortunately caught in the bad weather in Venice which limited excursion opportunities and were then delayed as the port was closed so that we missed our call in Split. Unfortunate but not the line's fault as we were one of 5 ships trapped. So would we choose to sail with Viking again? This answer to that is probably not as we feel for the money paid Oceania represents better value and we feel far more at home on their ships.

We had been on many Viking river boats,but this year went on the Eastern seaboard trip on the Viking Sky. A delightful ship with a lovely cabin ,the heated floor in the bathroom was a joy. The crew,restaurant staff and cabin attendants were all very friendly and professional,the food was excellent. TheCanadian city were very interesting and we had time to enjoy them all via a trip and then doing our own thing. Fell in love with Quebec. It was September so the leaves were a wonderful colour, the fjord at Saguenay was beautiful,the Gaspe peninsula was vast,historic and the Forillion national park was another delight. The Canadians were so friendly and it seems to be a racially harmonious place. The last two stops were Boston and New York,Boston has always been friendly and a joy to return to,sailing into New York was iconic and I was moved to see the 9/11memorial but find the city itself brash ,loud and too big. Viking sky was a pleasant relaxing holiday.