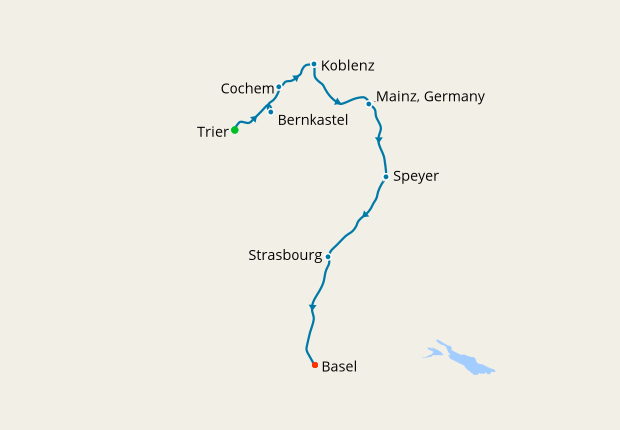 Cabins on the Viking Longship Kvasir

We were happy with most of this cruise.We hadn't realised how American the trip would be, there were only 4 British people in 190 guests. The stateroom was small compared to Riviera but acceptable. The meal choices were sometimes disappointing and too American-targeted for us. The guided tours were variable, Mainz and Cochem were exceptional while Koblenz was poor. This often depended on the Guide. Any deficiencies, though, were made up for by an excellent crew led by the Program Director Wolfgang who was outstanding. Several of the staff went well beyond requirements in supporting our stay and that really stands out in the memory. We would cruise the rivers again but probably with a more European-oriented company than Viking.

Note: On 13 January 2018, new European legislation is being adopted in the UK which as result will mean that we may change our required method of payment at our discretion, irrespective of how any deposit or prior payment was made.
Speak to a Cruise expert 0203 848 3625
Close
﻿