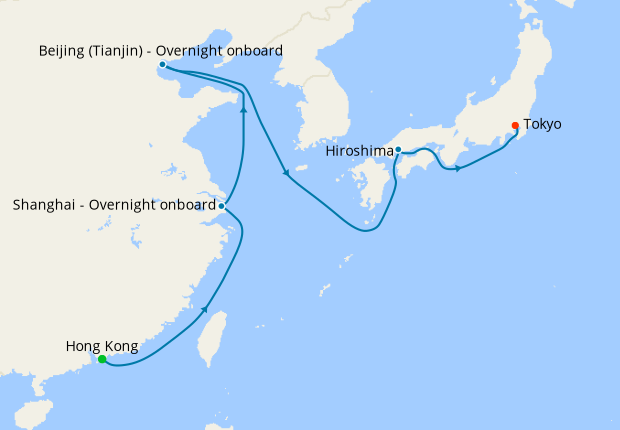 Cabins on the Silver Muse

Bonus Savings - up to £500 per Suite on selected sailings when booked from 4th January 2020 and 28th February 2020. Dependent on sailings, bonus could be £300 per Suite or £500 per Suite. Combinable with the Early Booking Bonus saving. Offer may be withdrawn at any time. Prices shown include these savings. Free UK Chauffeur service which is available on selected sailings (7 nights+) and is available till 29/2/20 - subject to availability. The Chauffeur service will be included up to a maximum of 50 miles each way based on 3 bags and 3 passengers - any mileage or passengers and bag numbers above this, supplements may apply. Included transfers from airport to ship are available only for guests utilizing Silversea's air offer and are subject to availability. Return Economy class flights (or business upgrade offer) where advertised, are also subject to availability. Offer expires on the 31st January 2020 but can be withdrawn at any time. Book & pay in full by 28/2/2020 for 10% saving in the cruise costs - incl in prices above. Otherwise full fares will apply. Free Business flights where shown are subject to availability and if not available, Economy Class will be provided instead, or an Air Credit. Reduced flights & Free Shore excursions, where advertised, are subject to availability and on only selected Shore Excursions but guests must be utilising the Silversea air offer. Where 'hotel stays included' are shown on selected Far East voyages, this is one night pre-cruise and one night post-cruise stays, unless otherwise stated. Offers can be withdrawn at any time.