From£1,202 pp
YO guaranteed cabin fare

Book by 31st January 2021 and you may cancel up to 48 hrs prior to departure and receive a 100% future cruise credit to be used on any Royal Caribbean cruise departing up to 30th April 2022. Already have a booking? You can now transfer your cruise to the same one next year for the same price and including the same promotion. *Terms and conditions apply*

From£1,202 pp
YO guaranteed cabin fare 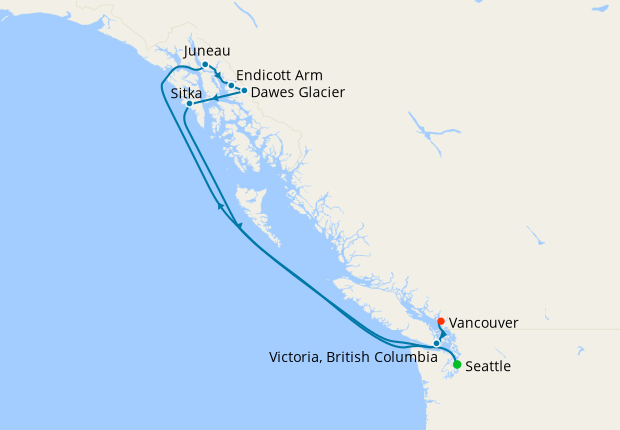 Cabins on the Quantum of the Seas

Customer reviews for Quantum of the Seas

Quantum of the Seas Royal Caribbean

Having booked my cruise with IGLU and parted with a larger than i would have expected deposit, going to a lot of effort to make a special request to my company for holiday , i am now told that for no good reason my holiday is cancelled. I now have to Fight to get my deposit back ! Don't do business with IGLU and don't be sucked in by their initial effort to gain your custom! as once they have your deposit all decency seems to evaporate, and you get treated with complete contempt ! Thanks for nothing but a lot of grief and heartache ! Don't touch this company with a barge pole unless you want to be treated as I have !

just spent 12 days on the Quantum of the Seas. it is a lovey ship with lots to do when you are at see. However because the ship is so large the ports it can get into are some time disappointing they some times use container ports. this means you have a long coach drive to get to your shore visits. Our cabin staff were excellent so were the restaurant waiters. the food was average and some times cold. But be warned on the last day we were charged 50$ for two pool towels they said we did not take back. yes 50$ who would believe it, it can be a rip off ship if you are not careful.

Iglu organised our whole trip including our stays in China. The trip went very well and all our hotels/ connections/ tours went very well. The itinary of the ship to Japan was truly a wonderful cultural experience. We choose the ship for its itinary. We have sailed before with RC and found the standard on this vessel slipped below our expectations/ previous experience. We believe the large number of passengers makes it difficult for them to deliver a 5 star service. The main problems were poor organisation (2.5hr to board the ship) poor service in the main restaurant and bars. The Buffett restaurant was very very busy and lots of people said they had not been able to get a table. We declined to try it a second time after a very poor experience at lunch on the first day. The ship has lots of activities and I can see how it is very good for families. Would I go on this ship again, only if it had another fab itinary certainly would not choose it for the standard/ mex item art.

Quantum of the Seas Royal Caribbean

Fantastic time aboard Quantum of the Seas sailing from Barcelona to Dubai via the Suez Canal. Our deal included balcony upgrade, tips and select drinks package as well as airport transfers and two nights in a hotel in Dubai at the end of the cruise. Thank you Iglu. The staff on board are extremely polite and helpful. Technology on the ship was excellent, we especially enjoyed Starwater and spent much time in 270. Having sailed on Navigator of the Seas in October 2012, we reserved judgement on Dynamic Dining but we enjoyed the choice and flexibility it offered us and never had an issue making a reservation. Food quality was excellent. The design of Navigator allows (or did at the time) guests to access the front of the ship which is something that is not possible on Quantum and this was probably our biggest frustration. We did spend some time on the open deck at the rear of Windjammer and above on deck 15, but sometimes it is nice to be able see where you’re going rather than where you’ve been, when sailing down the Suez Canal for example. Would definitely cruise on a ship in this class in the future.

I was lucky enough to see Anthem and her slightly older sister (Quantum of the seas) being built in the Mayer Werft ship yard in Germany. These ships have been really carefully thought out and feature some truly phenomenal innovations, some of which I'm sure others will follow suit with. For instance the new smart wristbands which can replace the old cabin card mean it's easier when buying drinks or getting in and out of the cabin - the new dynamic dining where a wide range of worldwide cuisines can be enjoyed (with your preferences being carried with you via the new smart app), and the new baggage tracker (again on the app) meaning you don't need to keep checking where your luggage is on embarkation day. Onboard, the facilities such as the sky diving simulator are genuinely enthralling, where a full minute of freefall (which is the norm) leaves you invigorated with a real buzz. The huge seaplex with it's bumper cars are genuinely great fun, and actually is a far bigger arena than some of the early Images of this area had shown. The seaplex also doubles as a full size basketball court (I can't imagine Mickey's Miami Heat will be in attendance though)! It's remarkable that the flowrider, Rock Climbing Wall and huge aqua park area & giant outdoor movie screen are these days, standard issue! Other stunning new features will be the north star pod, which on sail away alone will provide once in a lifetime views (imagine looking Lady Liberty in the eye as you sail from NYC), and the two70 lounge - which for all the world appears to resemble a cirque de soleil interactive theatre, with robo screens and a complete 3 deck panorama of the highest resolution projectors in the world. All in all, Anthem and Quantum will amaze, delight and enthrall, and that's without even mentioning the Robot Bartender, Massive Pink Bear Bijoux Boutiques & Virtual Balcony Staterooms!

Alternative Cruises on Quantum of the Seas

Note: On 13 January 2018, new European legislation is being adopted in the UK which as result will mean that we may change our required method of payment at our discretion, irrespective of how any deposit or prior payment was made.
Speak to a Cruise expert 0203 848 3618