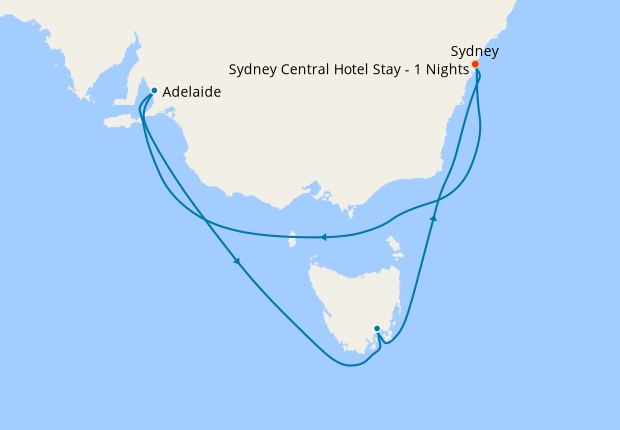 Cabins on the Ovation of the Seas

Customer reviews for Ovation of the Seas

We really enjoyed our cruise. All staff really friendly and helpful. The only disappointment was that they didn’t unforced the dress code. Too many people turning up on the restaurant in shorts and tracksuit bottoms.

Enjoyed our cruise sailing from Sydney around New Zealand. Staff looked after us very well & we enjoyed the beautiful ship. Two seventy was our favourite space both day & night. North Star was a treat in Sydney & Auckland harbour then out at sea Dolphin spotting. Food & entertainment both excellent will definitely be trying for another cruise next year.

Ship is lovely, but I prefer the oasis of the seas. Our crossing was choppy at times and our room was very noisy with with the movement..( level 3-backwards). Silly queues for tendering disembarking tickets. Fantastic staff and service. Food became very samey.

Alternative Cruises on Ovation of the Seas

Reduced Child Fares - Offer is applicable on selected 2020-2022 departures for children aged 12 years and under. The reduced child fare is based on a cruise only fare and is inclusive of port taxes and fees. Any applicable flights or transfers will be an additional charge. Any and all savings are included in the per person price shown. Offers are applicable to new bookings made between the 17th December 2019 - 31st March 2020 (Peak school holiday dates are excluded from the promotion) The Even Bigger Saving Promotion is applicable to new bookings made between 16th and 20th January 2020 on selected sailings departing between 2nd January 2020 and 30th April 2022. Guarantee stateroom bookings in ZI, YO, XB, XN, & WS categories are included in this promotion. *Secure your holiday for £1 per person. Available on selected holidays. When securing for £1pp, the holiday balance is payable by a monthly easy payment plan. Alternative initial payment options available.