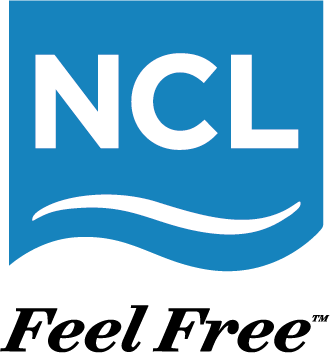 A quiet fishing town with quaint beaches that hosts a number of grand estates where powerful American families reside during the summer months such as various presidential families and powerful old-America dynasties. Take a stroll along the beaches, take in the local wildlife reserve and the goat island lighthouse and museum.

A quiet harbour town popular for art galleries and studios, situated on scenic Mount Desert Island, Bar Harbour serves as the gateway to the stunning landscapes of Arcadia National park, ideal for exploring rolling hills, plunging cliff edges and even sandy beaches where the wilds meet the sea. If you’re only stopping here briefly, don’t worry as you’ll still get to take in the dramatic views of the Arcadia National Park while on the move to the next great location.

A quiet harbour town popular for art galleries and studios, situated on scenic Mount Desert Island, Bar Harbour serves as the gateway to the stunning landscapes of Arcadia National park, ideal for exploring rolling hills, plunging cliff edges and even sandy beaches where the wilds meet the sea. If you’re only stopping here briefly, don’t worry as you’ll still get to take in the dramatic views of the Arcadia National Park while on the move to the next great location.

A popular summer escape for residents of the north-western seaboard, Martha’s Vineyard is famous for being the filming location of Steven Spielberg’s iconic film Jaws. With beautiful beaches and quaint lighthouses, it’s not hard to see why this was the ideal location for holiday-makers of film and reality alike, as well as boasting a gorgeously classic vintage ‘flying horses carousel’.

Plymouth is a coastal town situated in Massachusetts, near Cape Cod. As the site of the first Pilgrim settlement in 1620 it has an abundance of history to discover, from the Plymouth Rock to The Mayflower II, a full-size replica of the ship on which the Pilgrims arrived. Visitors can even visit the living history museum, Plymouth Plantation, a fascinating recreation of the original settlement built in the 17th century that will take travellers back in time.

You will be at sea on day 12 while travelling from Seattle to Juneau.

Popular for its gold rush era architecture and vintage steam engine route passing through, Skagway is a fantastic jump back into the days of the Klondike Gold Rush with the Klondike Gold Rush National Historical Park Visitor Centre. Surrounded by the unrivalled landscapes and inhabiting wildlife of the national park, Skagway paints a spectacular picture of Alaska quite like no other.

The capital of British Columbia, Victoria sits just below Vancouver looking south and east over the Salish Sea. The city has a number of attractions such as the old carousel, Royal BC Museum Craigdarroch Castle and Chinatown district. However, the highlight of Victoria is its surrounding natural beauty where a tour is a must to Thetic Lake Regional Park. Here, you can explore the wonderful nature by hiking trail and sport wildlife such as eagles.

Today, enjoy time at leisure exploring the cosmopolitan city of Boston. Take advantage of the Metro system to get about or ask our agents about tour tickets. This afternoon meet your Tour Director who will give you your travel information regarding New England in the Fall.

Along the route north of Boston lies almost four centuries of history as well as some of the East Coast’s finest beaches and seascapes. Your first stop today is Salem, the site of the infamous 17th century witch trials. Continue along the coast stop to gaze at Cape Neddick “Nubble” Lighthouse, the most photographed lighthouse in America. Passing through Portsmouth, the oldest community in New Hampshire known for its thriving fishing community and historic buildings, your next stop will be Kennebunkport. Kennebunkport is home to the palatial summer estates of prominent politicians, including the 41st U.S. President, George H. Bush. From Kennebunkport arrive in Portland, Maine’s largest city and home to the state’s oldest lighthouse.

The drive northeast on Route 1 from Portland to Bar Harbor is unforgettable. See the state’s jagged coastline and rocky beaches of the Atlantic Ocean. Pass through quaint villages where local fishermen mark their grounds with colourful bouys before arriving in the small town of Bar Harbor. Known for its stunning coastal beauty, Bar Harbor has a world renowned ambiance that blends seashore community, Downeast character and the famous Maine Lobster. This evening, perhaps join an optional excursion for a traditional lobster dinner.

Today, traverse the White Mountains that divide the states of New Hampshire and Vermont to Stowe, a classic 200-yearold village nestled beside Vermont’s highest peak, Mt. Mansfield. Continue through Burlington on Lake Champlain and stunning views of open meadows, farmlands and forests to Vermont’s Green Mountains. With their dense forests, the Green Mountains are home to bears, moose, wild turkey and deer.

Leaving Vermont, arrive in the smallest state in the Union, Rhode Island. Home to spectacular coastal scenery and awe-inspiring architecture, Newport is considered by many a shining gem in the coastal crown of New England. Nowhere is Newport’s natural beauty more on display than on its Cliff Walk. Here, between the pounding surf of the Atlantic Ocean and sprawling lawns, sit the famed Gilded Age mansions that once were the summer playgrounds for socialite families such as the Astor’s and Vanderbilt’s. Visit one of these opulent mansions for a glimpse into the lavish lifestyle of the privileged from a bygone era. Why join an optional excursion for a New England Clam Bake?

From the opulence of Newport continue to the unspoiled natural beauty of Cape Cod where picturesque beaches with high sand dunes, lighthouses rising along the coast and stunning sunsets await.

Today begins with a visit to Plymouth, the town where English colonists first made a home in New England. See Plymouth Rock, where according to tradition the passengers of the Mayflower first set foot in the “New World,” views of Plymouth Harbour and the Mayflower II, a replica of the original Mayflower. There is an additional charge to see Mayflower II. Returning to Boston, retrace the steps of the Freedom Trail which may include a stroll beside Boston Common, King’s Chapel, the Boston Massacre site and numerous pubs and taverns where America’s Founding Fathers toasted freedom. Later, explore Quincy Market, Boston’s first marketplace from the 1800’s, now home to boutiques, cafés and shops.

This morning transfer to the airport or to the cruise port for embarkation. 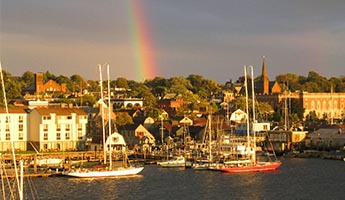 Cabins on the Norwegian Bliss

We had a week on this fantastic ship for an Alaskan cruise after 3 days in Seattle. It was our 9th NCL cruise but 1st time on the Bliss & it was by far the best in every way. Alaska is truly beautiful, it’s just sad to see the rate at which the glaciers are decreasing. The service on the Bliss was exemplary, even by NCL’s usual high standards. The staff went above & beyond what I’d expect of them, we wanted for nothing.

Fabulous ship, brilliant staff and crew. Stayed in a studio stateroom, plenty of room for a single traveller, and the ‘virtual window’ means the stateroom does not feel claustrophobic. The studio lounge is great, primarily for those in the studio staterooms providing a great space to meet and enjoy hot and cold drinks, along with snacks. The provision of activities and meetings specifically for Solo travellers was great, so that those who travelled alone could have the company of other solo travellers if they wished. New friendships have been established, and a brilliant time had by all in our solo group. I would throughly recommend the Norwegian Bliss, and can’t wait for my next cruise

Note: On 13 January 2018, new European legislation is being adopted in the UK which as result will mean that we may change our required method of payment at our discretion, irrespective of how any deposit or prior payment was made.
Speak to a Cruise expert 0203 848 3648