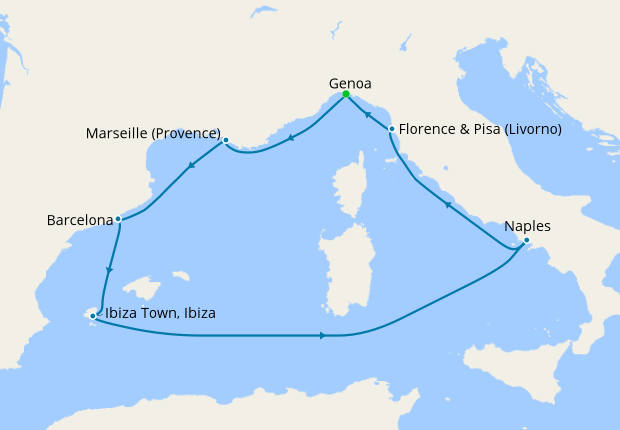 Cabins on the MSC Divina

We have just returned from a week cruise on MSC Divina, in a yacht club suite. So here are a few bits and pieces you may need to give a clear insight into what to expect. Boarding will consist of you going to a cordoned off part of the terminal, where you will be given drinks, choose a morning paper for the coming week, and await your butler to accompany you onto the ship. Our butler had gone missing, so we had another to stand in. You are taken straight to the yacht club area, and given a brief chat, before the spa sales team arrive with a price list and receipt book, the latter she began to fill in as my wife scanned the prices. You are then shown to your cabin / suite, which is almost identical to a balcony cabin on Celebrity, but with slightly plusher décor. Again it should be your butler, but ours was still missing. Your baggage will be waiting for you at this point. You get a mini bar in the cabin, that is allegedly topped up with your requested drinks. This is not so. You get topped up with the same as is in it, and any request for anything different, is met with "ring room service if you want a drink" Didn't bother me, as I don't drink, but was not what we had been told to expect. We then met our butler (Audrey, male) who asked what time we were eating, as it his job to escort us there on the first night to show us the best route, as the restaurant is at the aft of the ship. We agreed to meet in Concierge at 18:55. He didn't arrive, so we made our own way. wasn't far, about 300 metres. The restaurant is pleasant, but the table cloths are to long, and if you don't sweep them up when sitting down, you will pull the crockery off the table with your leg. The wine choice is basic, and you get what they have at the time. Not a problem for me, but the wife was a bit miffed. There were not many choices on the menu each night, but I always found something, however the portions were very small, and accompaniment's were a little scarce. The steak option was just that. a plate of steak, absolutely nothing else. not a veggie or chip to be seen. Concierge reviews suggest that they will go out of their way to help you. No they wont. Requests to see the head butler were met with " he'll be 30 minutes" 3 times on the trot. A request regarding information of a place of interest and any helpful info was met with "get a taxi" If you plan on them helping you to arrange your own excursion, forget it. The top sail lounge is nice, very quiet all of the time, night and day, but the service is excellent. The pool and bar are good. Service is good, as is the food. Two points of note up here. There is very little shade and no umbrellas. If you like heat great, if you like a bit of shade you may have a bit of a shock. Secondly, the pool attendants seem to be allergic to glasses and plates. It is not uncommon for them to ignore an empty glass even if they have to step over it. Not a major issue, as most members of the YC have enough manners to not leave glasses on the floor, but just be aware it can happen, so watch were your walking. You can enter the pool area from the outside decks through a gate. Be aware that some people will hang around and wait for you to open the gate with your card and follow you in to get free drinks. The crew know this, but whilst they are prepared to moan at you for letting them in, they wont put someone there to stop it happening. Your drinks package is sold as "complementary throughout the ship" No, not true. One of the cocktail bars drinks start at 12.50 Euro and apparently, your package only covers up to 10. I pointed out that this was not what the web site said, and produced the web page. The ships bar manager said that although that is what they tell you, the crew are told differently, thus you have to pay. You only have a classic package for your cruise. Finally the butler. Other than hide, I'm not sure what mine did. I was due to meet him twice, once he no-showed, once he was late. He didn't do anything at all of any use. To be honest, I think it is a gimmick. They did have 2 guarding the seats in the theatre, but general crew are perfectly capable of doing that. So overall. The ship is very nice. Well laid out with plenty of bars. Entertainment is average. The theatre shows are ok, but an Italian classical singer singing AC/DC was a bit hard to take. The other entertainers and bands were very average, with no interaction at all. Possible due to the amount of different languages on board. Service is slow outside of the YC, but very good inside. Food is ok. I wasn't overly impressed, but my wife liked it, so make of that what you will. Is the cost of the YC worth it? If you want peace and quiet, and a guaranteed sun bed away from the masses, yes. If your happy to mix it with everyone else. then no, save your money and go on another cruise with your change.

We chose this ship because of its itinerary. However there was a constant change of French and Italian passengers at every port. This combined with school break gave it a party ship atmosphere. The vessel was large enough to find a quiet space but not in the buffet which was chaos. Our cabin was at the stern and was noisy from the nightclub and shuddered badly when docking. We were fortunate to be able to change to another one due to a no show. Entertainment and crew were excellent but we would hesitate to choose another MSC large vessel.

Rates are per person based on double occupancy. The complimentary Premium Drinks Package is only for Fantastica experience (i.e. categories I2,O2,B2,S2) applicable to all guests sharing a cabin, including children (passengers from 3 to 17 years). The rates are subject to change and may vary without notice. This offer is valid on new bookings only, made between 3rd December 2019 - 22nd March 2020 The Premium Drinks Package: unlimited consumption of all drinks priced up to 10 €/12 $. This includes:- A wide range of cocktails - Spirits - Liqueurs - Aperitifs - Wines by the glass - Draught and bottled beers - Sodas, fruit juices, bottled mineral water, energy drinks - Classic and special coffee drinks, hot chocolate delights and organic tea.