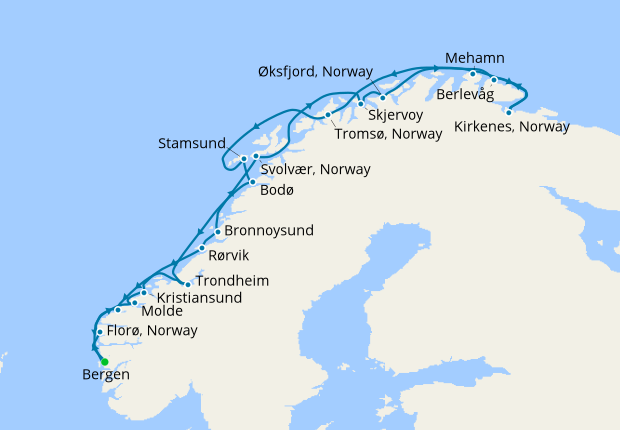 Cabins on the Ms Richard With

Customer reviews for Ms Richard With

I was very disappointed with the cruise, and the weather which you could do nothing about. You chose the Richard With for us which I thought was the flag ship of the line. We discovered too late that it was the oldest ship and that the picture gallery lounge which it was supposed to have had was replaced with a large TV screen showing pictures of Norway and the room was an enlargement of the passageway. The cabin was small and I had a life boat completely blocking my small window. My deck had been changed from 5 to 6. The food was plentiful but indifferent. The staff were good. A friend who had travelled on a newer ship had had nothing but praise. I wasn’t expecting a cruise ship as such, nor did I want one, but I was really disappointed in the Richard With and your recommendations. It was an expensive holiday and I don’t think it was worth the money I paid. I think I deserve some recompense for this and I don’t want a reduction on my next holiday with you. I have photos if you want them of a totally obscured window and the space at the end of the bed- practically impossible to get round.

A delightful and interesting cruise to explore the Norwegian coast on a "working ship" with delicious food and informative presentation staff coupled with many options to further explore attractions along the route.

Alternative Cruises on Ms Richard With

Note: On 13 January 2018, new European legislation is being adopted in the UK which as result will mean that we may change our required method of payment at our discretion, irrespective of how any deposit or prior payment was made.
Speak to a Cruise expert 0203 848 3609
Close
﻿