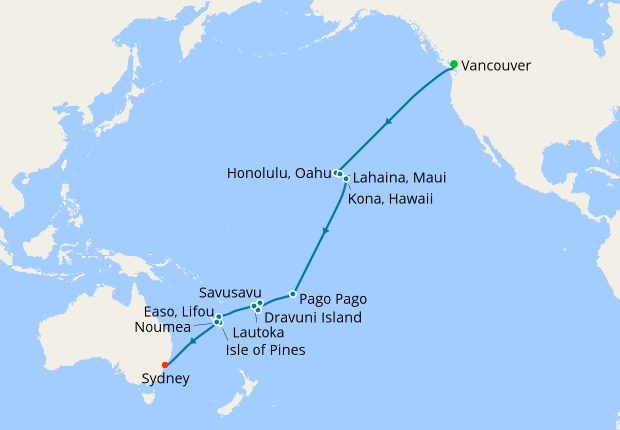 Cabins on the Noordam

Dreadful Cruise!! My husband and I did the Double Denali with 7 day cruise down the inner passage in June this year (2019). What a mistake that was!! I had one day on-board the Noordam before I got ill. One day to enjoy the ship - that's all. I had one day before I fell dreadfully ill with a virulent flu virus which I contracted while staying in the Holland America chalet in Denali a few days before (together with up to 90% of other people on the same holiday, according to what the medical staff on board told us). I was told by their medical staff that it takes up to 4 days to show after infection so that takes it firmly into the Denali stay period. It was also a ‘seasonal identified influenza virus’.. Presumably a local virus? We certainly never heard a holiday maker on our bus/train etc coughing - not until we got on the Noordam. Certainly by the end of the cruise people were coughing all over the ship. My temperature reached 104 degrees and I was 'isolated' and 'sanitized' in my room for 3 days. This was done in the most insensitive and unkind way - making me sit there in the room feeling like a leper. I sat crying while staff in gloves and masks swilled the room over with cheap smelly disinfectant (which, by the way, aggravated my throat and cough). I was too ill to do anything about it except get very upset and later to get very very angry. We were told to use the room service. Most of the food offered in the room service booklet was inedible to me as I was feeling so ill. My husband spent 3 days going up and down the ship getting me glasses of water and bits of food I could eat (cold by the time he got it to me). Ringing room service was very difficult as the phones are so weak that it's difficult to hear anyone on the other end and always so busy, and the people answering them often had poor English. Room service always said there would be at least a 45 min wait for anything. At no point were we offered or told about anything that might be available to us to help us. My husband couldn't even get a jug for water - he was only allowed to bring water by the glass. There weren't even any trays to carry things on. We have never done a cruise before so all this was new to us and we didn’t know how to cope with it. We didn't get our down-turn service or any other niceties. We missed all the ships activities, dinners, and worst of all our bucket list excursions which we had planned and paid for months in advance. We didn't even get any reassurance we would get our money back for the excursions from them until much later. We felt largely abandoned and sacrificed so that their epidemic wouldn’t spread -which was ironic really since the whole ship sounded like it had the same cough by the end of the trip. There was definitely an epidemic. When I was eventually allowed out of my cabin after 3 days I was very angry indeed and I spoke to one of the managers in customer services but he was cold and distant and indifferent. He had no empathy what so ever and said in the end that - quote 'if he compensated me he'd have to compensate all the others and he wasn't going to do that'. He even inferred that it was my own fault for not knowing how to use room service more and asking for what I wanted. He seemed to want to blame me and any other staff - he had no empathy or conception that I had been deliriously ill with fever and was still very ill and that we had never been on a cruise before and didn't know the ropes. The rest of the cruise was dreary because I had such a sore throat I couldn't speak, I lost my voice, and I was weak and unable to do much. I had no appetite. I still don’t feel completely well. In short, the cruise experience that my husband and I had with Holland America was absolutely abysmal. Not only were we treated pretty dreadfully, we never got the experience we were promised and we had a holiday from hell, with no recompense or care or compassion. I have emailed them about this many times since we got home and they have totally ignored me – except to send adverts for cruise holidays!!! How insensitive is that? I would warn people not to book a trip on the Noordam and not to book a package with Holland America. If anything goes wrong you will most probably be treated like us. I might add that we felt the ship was run down and past it's best. The food was pretty awful and you had to stand in queues for anything all the time. Our balcony had a huge mound of rusting metal in it's floor - which wasn't very reassuring. Customer services are none existent. Once they have your money you will never be able to contact them again. I have emailed them a dozen times and they have completely stone-walled me. Disgusting. Holland America are a truly awful company.

Gorgeous massive modern ship. Amazing buffet food at the informal Lido restaurant, excellent food at the speciality restaurants (albeit tiny portions!), amazing friendly service (even got personalised service at the restaurant). One minus is that all tips are purportedly included in your booking, but then you get a surprise bill of $11.50 per person a day for "hotel service charge", which turns out to be "obligatory gratuity" for room maintenance and also for tips to all other staff in the background that you never get to see. We refused to pay this and opted for paying handsome tips to the 3 guys that bowled us over with their personalised service (the room service guy and the 2 restaurant staff at the Lido). Challenge the hotel service charge at any rate! We know almost everyone else just grinned, complained, and paid it in the end. Also make sure you don't need a doctor onboard! They have good medical facilities with several staff but you have to pay $97 to see the doctor for a checkup (you have to pay extra for any medicines, prescriptions). My partner wanted to have his tooth checked out and that's the price we were quoted. He just paid $1 for Ibuprofen instead. Onboard entertainment was not bad. The mainstream stuff was mainly bad, but we were thrilled with the B B King Blues Band multiple times as well as the violinist and the pianist at the Piano lounge (both first-class even though those venues are a lot smaller). There are 2 pools, one exclusively used by kids so it's busy, the other is supposed to be for adults but there were the occasional kids in it (but people complained) and even without them it's relatively small so it gets very crowded very easily, particularly between 1-4pm. In general though we loved being on our floating hotel taking us to lovely beaches and I have to reiterate that the service was impeccable.