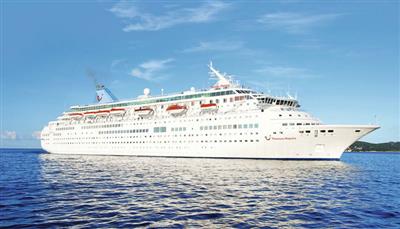 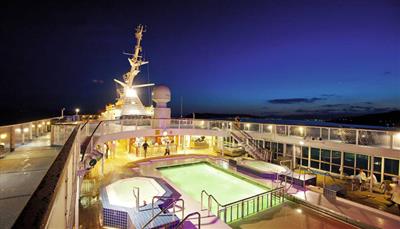 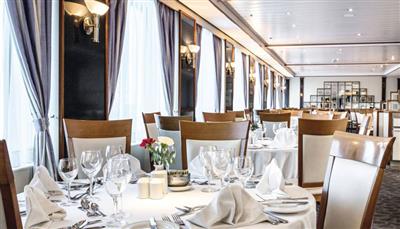 Marella Majesty is sadly no longer in service, but Marella Explorer 2 and Marella Discovery are great alternatives.

Just back from a weeks cruise on this ship. I have done lots of Thomsons cruises. The food was excellent whether it was in the restaurant or the self service buffet style. The entertainment was excellent. After the show we sat and listened to Michael the pianist. He played classical, musicals, old war time tunes, so many to mention. He is such a lovely chap and was always ready for a chat. We visited Italy then Menorca. So much to do on the ship. Will be back on another cruise early next year.

We have just returned from a cruise on the Majesty and, having been somewhat apprehensive after reading some negative reviews, we were actually pleasantly surprised by the condition of the ship. The common areas were more than acceptable and the ambience of the ship was most agreeable. Our cabin was immaculately clean and we were royally looked after by our cabin stewards. Our only negative comments would be that we found the food to be rather mediocre in quality and presentation, and we did feel that more on-board activities could have been offered, particularly on the "at sea day", which involved sitting on the pool deck (which was extremely crowded - seats being at a premium) and which were quiz or bingo related. It would also be a really good idea if all activities were shown in the daily newsletter, which is certainly not the case. When we mentioned this at Reception, we were met with some indifference. We did enjoy a very brief ballroom dancing session but this lasted only 30 minutes and we were really enjoying it when time was up! Perhaps if the instructor had spent less time relating his ballroom dancing achievements and more time teaching, then we may have had several minutes more dancing time. All in all, the cruise was ok, but would we go with Thomson again, probably not but due mainly to the quality of the food.