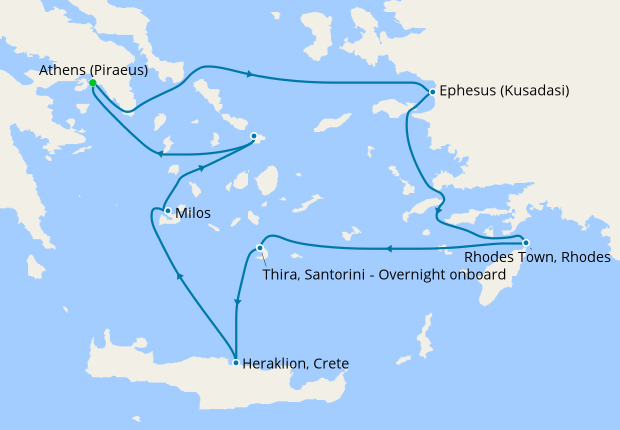 Cabins on the Celestyal Crystal

We just returned after cruising on the crystal yesterday. Fantastic crew, well organised meals, drinks. Cabin crew were all friendly and helpful. Danny and the animation team were brilliant a differente show every night. We would definitely book again.

All arrangements organised by Iglu went without a hitch. We had a fabulous time. The ships facilities were excellent. Food was good. Entertainment was also good. The cabin was larger than I expected. The crew could not do enough for you and they were both pleasant and efficient. Times ashore on this cruise was longer than most other cruise ships excellent itinary. I would not hesitate is using this company again. Hopefully next year.

Note: On 13 January 2018, new European legislation is being adopted in the UK which as result will mean that we may change our required method of payment at our discretion, irrespective of how any deposit or prior payment was made.
Speak to a Cruise expert 0203 848 3600
Close
﻿