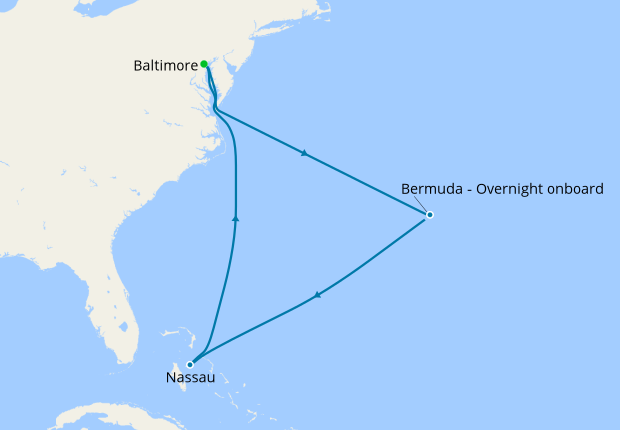 Cabins on the Grandeur of the Seas

Customer reviews for Grandeur of the Seas

My girlfriend and I just finished a cruise to Bermuda on the Grandeur of the Seas. While we have no complaints about the service, we were a little let down. We have only sailed with Carnival before and had always been told that Royal Caribbean were better. That was not the case for us. The food in the Windjammer was good but not as good as the Carnival ships we've been on. The dining room service staff and food were great, no complaints there. No comedy club? What's up with that? Our housekeeping staff made us feel like we were imposing by asking for a couple of wine glasses for our room. Also, it seemed to take hours to get our rooms cleaned while on other cruise lines it seemed like minutes. I don't blame the staff but it appears as if the company had cut back in housekeeping staff. Some of the staff were less than outgoing in other areas of the ship while service was great in other areas. No consistency. There was a Russian girl in the Windjammer who jumped to my assistance when I said my girlfriend wasn't feeling good. She instantly became a mother hen and got a plate with bland food, even offered to take it to the cabin. Some of the staff were amazing - others less so. We were in an interior cabin and the bed seemed cheap and hard. The shower was so tiny you couldn't really bend over - much smaller than other cruise lines we'd been on. Also we were surprised there was no laundry room to do laundry. It was a great cruise and we would sail with Royal Caribbean again but we wish the service was consistently great.

Just return from Grandeur of the seas . It was a lovely cruise ,we had a Royal Family suite for eight people. It is not big enough for eight people, we had only two sun loungers for four of us. We couldn't believe they even charge you for the soft drinks and water in the room, when you pay for a suite. Also they give two chairs at a table outside , what are the other guests meant to do sit on the floor. We had a table of four in the main restaurant and it really was meant for two ,we couldn't move we were just put anywhere. Bars very good and the major of the staff very friendly. We have done eleven Royal Caribbean cruises , we feel they need to just think outside the box a little more as it would make a big difference. The Leaders need to look at some of the staff in the paying restaurant as they have some with very bad attitudes and some with great customer care skills. Reward the good ones and get the ones who don't want to be there out as you only get one chance to make a difference.

After 12 days on board I find it not difficult to say that the ship is let down by "company" policy. Everything on board was at cost, no prices shown. All staff went out of their way to be helpful but unless you were content to drink or gamble each evening there is nothing else to do. The theater was mostly closed during the day when it could have been used as a cinema. The cinema screen was outdoors near the swimming pool, films shown during the day could not be seen clearly because it was too light and could not heard because the pool area was quite noisy as you would expect while in the evening it could be seen but not heard because the volume turned down and there was still a number of children / teenagers using the pool and gathering around the pool area. The show that were staged were okay just! certainly not the top rating that was given them by a "cruise director" who gave me the impression that his image came first. He waited until a nearly full house was seated with drinks in their hands before he announced that the show was cancelled one evening when he was aware of the problems around mid-day there was no attempt to stage a substitute show, this happened with several "entertainments" that was arranged and cancelled without warning, shows often overlapped other arrangements. information when given, verbal or written was incomplete and late. I was to learn that a number of American's on board was also dis-satisfied with several points of their vacation. the company policy of "gratuities" is an insult, a gratuity or tip is and should always be the right of the customer to give or withhold according to the service given.

Alternative Cruises on Grandeur of the Seas

Note: On 13 January 2018, new European legislation is being adopted in the UK which as result will mean that we may change our required method of payment at our discretion, irrespective of how any deposit or prior payment was made.
Speak to a Cruise expert 0203 848 3618
Close
﻿