Cruises from St Petersburg give you the chance to explore the amazing Baltic cities such as Stockholm, Riga, Tallinn and Helsinki on an ocean cruise. Most river cruises meanwhile are with Viking River Cruises touring Moscow and other smaller gems such as Goritsy and Ulgich as you cruise Lake Ladoga and Onega via the Svir and Volga rivers. With St Petersburg and Moscow serving as the perfect book ends of your Russian adventure, you can add hotel stays to have more time sightseeing in either city with a cruise and stay package. 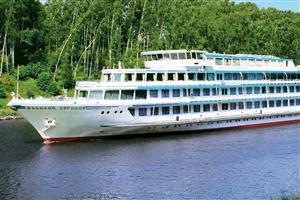 Nestled in the Baltic Sea is the mesmerising city of St. Petersburg. This Russian city creates unforgettable experiences for every traveller that wanders its lavish streets and sails its enchanting canals. Previously the Imperial capital for over two centuries it’s still relatively new, yet remains Russia’s cultural hub by blending rich history and captivating attractions with a rich art, theatre and music scene. Its warm summer time causes its luscious parks to flourish with concerts and festivals dominating the streets, while the chilly winter brings snow-capped buildings and a magical atmosphere.

A treasure trove of art and culture is a key reason why St. Petersburg is a port of call for most Baltic cruises, with an overnight stay almost guaranteed. World-class ballets performances are a must see here, as it’s home to some of the world’s best dance companies and the stunning Mariinsky Theatre. Watch in amazement as highly skilled ballerinas elegantly Pirouette and gracefully glide across the stage. For the art enthusiast, a trip to Hermitage is highly recommended or for the best collection of Russian art head to the Russian Museum spread across four palaces.

One of the most iconic attractions is the five-domed dazzler Church of the Saviour on the Spilled Blood whose name comes from its location marking the spot where Emperor Alexander II was fatally wounded in an assassination attempt. Its classic Russian Orthodox design inside and out and extravagant detailing took 24 years to construct, making it a true spectacle of Russian architecture.

Its dining scene may not be as renowned as its Finnish neighbour, but its growing number of restaurants is bound to be a treat for your taste buds. There’s a vast amount to explore, from quirky rooftop terraces, exotic international dishes and local cuisine as hearty as the city itself.