Covid-19 Travel Requirements
No fly cruises from Southampton! -
including NEW Anthem of the Seas for Summer 2023!

Cruises from New Orleans are the perfect way to unlock the sunny Caribbean as an alternative to the departure ports of Miami and Fort Lauderdale. As well as letting you explore such fantastic stops as Barbados and Jamaica, New Orleans is a destination in itself and ideal for a cruise and stay holiday either side of your cruise to try some Cajun cuisine, explore Bourbon Street for cool cocktails and even cooler live jazz. In addition, New Orleans boasts the world-famous Mardi Gras festivities if you go at the right time of year. 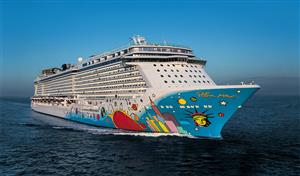 When you touch down in New Orleans to the sight of vibrant masks, costumes, dancing and street parades, you’ll know that you’ve arrived at Mardi Gras, but this is just the surface of the Fat Tuesday celebrations in New Orleans. This carnival-style celebration allures tourists from across the world to revel in the party atmosphere and enjoy almost a month of the carnival season. Although a hedonistic and raucous event, Mardi Gras actually has a rich and religious history, dating back as far as 1837 in New Orleans. The word Mardi Gras is French for Fat Tuesday, the day that is more commonly known as Shrove Tuesday in the UK. The idea is the same for both celebrations - to eat all of the rich and fatty foods in your store cupboards before the ritual of lent begins.

This festival varies from city to city, with the party going on for different periods of time, but as New Orleans became synonymous with the celebrations over the years, the city now has one of the longest periods of Mardi Gras. Once you’re there, it’s time to ‘let the good times roll’ and embrace the traditions. Strings of multi-coloured beads will be thrown into the crowds to adorn yourself with, along with other plastic mementos and doubloons. It may seem trivial, but until you’re there you’ll never know how desperate you were for these trinkets.

A mask or a costume is a great way to feel part of the action, and is one of the symbols of letting yourself go that is part and parcel of the festival. The anonymity of masquerading is what helps strangers in the crowds to dance together, shout and sing, and have as much fun as possible.

Elaborate floats and parades fill the streets, with thousands of dollars and months of planning going into each one. Admire the special effects, clever themes, and incredible workmanship of each one, as you shout to them to throw beads to the crowd.

No Mardi Gras is complete without a slice of King Cake. Typically the cinnamon filled dough is topped with delicious glazing and covered in gold, purple and green sugar, and is symbolic of the Three Kings in the bible. This is the preferred snack during Mardi Gras, and hundreds of thousands are consumed during this period.

There’s no better way to understand the festivities than to experience them for yourself, so we’ve included Celebrity Cruises® Mardi Gras and Caribbean cruise package, which offers three full nights in New Orleans to enjoy the party.