..and so much more!
Show more

All guests must have received either their second dose or the approved single-dose 14+ days before travel.

It is mandatory for all UK guests to take out comprehensive travel insurance for their holiday with P&O Cruises. Insurance must include medical cover of £2 million minimum and cover for emergency evacuations and medical expenses related to COVID-19. You must also ensure your policy includes cover for repatriation, cancellation and curtailment and full cover for any and all pre-existing medical conditions worldwide, or as a minimum, in the countries you are due to visit. You will be asked to confirm you have travel insurance at the terminal and you may need to provide proof of your policy. You will be denied boarding, at your own expense, if you do not arrange insurance. 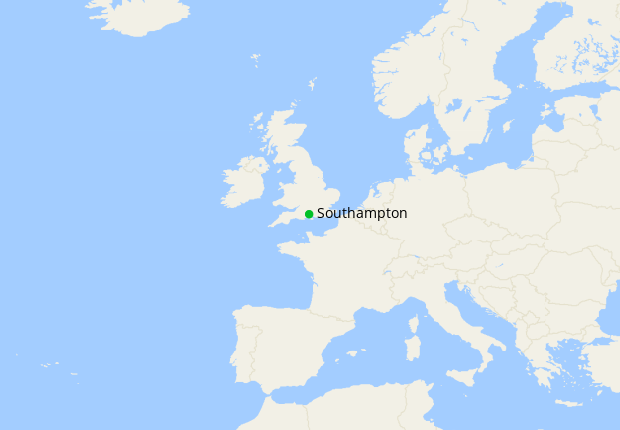 Cabins on the Britannia

Returned from P&O caribbean cruise on Sunday 19 January. Very disappointed this year as I think standards have dropped. Staff and crew hard working as ever, but some passengers spoiled it for others, no effort at all to dress up in evening, not just talking about black and white evenings, seen so many dressed in swimwear walking about in shopping area in evening, hadn't bothered to change. One bar in particular (Brodies) every night Bingo, Karaoke or some quiz on, and so many people the worst for wear. Like Benidorm on water.. Only did one excursion this trip, way over priced £70.00 each for Schooner trip to St. Vincent. Caribbean Islands as beautiful as ever. Just wonder who P&O are trying to attract for their cruises. Won't be using them again...

Just back from Christmas/New Year cruising the Caribbean on Britannia for the first time and what a great time the family had. The ship was almost full but the standards never slipped, food in the dining rooms excellent, entertainment first class and staff as professional and courteous as always. This is our third ship cruising with P&O along with Azura and Ventura and in comparison found it too big and a little "empty" regarding the onboard atmosphere but not that bad to stop me from going again.

Just got back from a Caribbean cruise on Britannia ship in top class condition excellent staff nothing to much trouble food and choice was excellent shows in the theatre fantastic booked to go again next year.

Went on the Caribbean Transatlantic October 2019 on this ship. Have travelled with P&O a few times but was the first time on this ship. The first week was good, embarkation good, cabin steward very helpful also in the restaurant staff were good. Food good. As there wasn't a smoking area near the pool, people were having to walk through the buffet to the smoking area, which, as the buffet can get crowded anyway was making it worse. Absence of stairs in the middle made it awkward sometimes. Entertainment was good the first week but if you wanted to see anything in the live lounge that was any good you needed to be there a couple of hours before. The second week entertainment went downhill and there was quite a lack of it. A lot of the staff looked very down and not as happy and helpful as usual, but I heard a remark to say that they were a lot of crew short. The smoking area on deck 16 was the dirtiest place I have ever seen and there was a lot of swearing on the ship. I hope this isn't a sign that P&O are going downhill. I won't try this ship again but I may still go with P&O as had no problem with any other ship.

Had a fab holiday, entertainment was superb, very well organised by manager Neil Oliver and his team. All crew members were helpful , couldn't do enough for us. Cabin was lovely bed very comfortable and so nice to have a balcony to enjoy the beautiful weather, the caribbean islands and the people are amazing , will definitely travel with p and o cruise again, very satisfied. 10,09,19.

The cruise was lovely. The ship was good. Cabin clean and we were very well looked after by our steward. The places visited were good but I think the excursions were overpriced. I managed on two occasions to book trips myself for about 50 o/o cheaper. The food was good especially in the restaurants and the crew waiting on tables were excellent. The buffet food was ok but the buffet itself was often cold and uncomfortable to sit in. The entertainment team was excellent and we saw many good shows. There were no stairs in the middle of the ship which was strange. The lifts are not big enough to take the number of people needing them. Overall it was all good and we enjoyed our break very much and would travel with P&O again.

We really enjoyed the cruise.....lovely scenery and pure air. Staff on Britannia are friendly and very diligent. Communication from captain was helpful. Seas were smooth.

Fantastic food and friendly staff (always a smile) our balconay cabin was clean with helpful staff too. Extertaiments were full of enjoyment.

We recently returned from a great week’s cruise in the Norwegian Fjords and we must thank the Iglu Cruise Arafat’s for their efficiency and the ease of booking, paying and the issue of the tickets. We are already looking for our next cruise to the Baltic next year and will be using Iglu Cruise again.

Just returned from a trip to the fjords on Britannia & have had a lovely time , with the food on offer both self service & restaurant being excellent both in variety & presentation!! Things to do during the day was varied, would think there was sufficient to fill most peoples on board spare time through quizzes, talks , films & deck games!! Evening post dinner entertainment was taken care of by numerous bars with musicians, groups , dancing & shows with quality entertainment from the show team & visiting guests !! Overall a great cruise. Thank you

The cruise was great, staff very good, buffet food not the best and repetitive and not always hot. Ship....boy it needs it’s due upgrade.....fast. Excursions...had 2 out of 4 cancelled. Would I sail p & o again.....no.

We were a family of 6 travelling on P&O Britannia to the Norwegian Fjords on a 7-day cruise, including 2 adults who had never cruised before. First time on Britannia, and have to say that we were impressed with the ship, the facilities, activities on board and hospitality overall. Crew and entertainment staff made it all extra special. The destinations themselves are overwhelming, some fantastic scenery unlike anything we've seen in the past. Flaam and Olden are undoubtedly the two highlights, the Flamsbana and Briksdal Glacier amongst the best onshore excursions imaginable. Food on board was great, evening events unmissable. Will do it again, no doubt.

Note: On 13 January 2018, new European legislation is being adopted in the UK which as result will mean that we may change our required method of payment at our discretion, irrespective of how any deposit or prior payment was made.
Speak to a Cruise expert 0203 848 3614
Close