Queen Victoria - The perfect combination of elegance and luxury

Tips are added to your onboard account, but can be deducted. 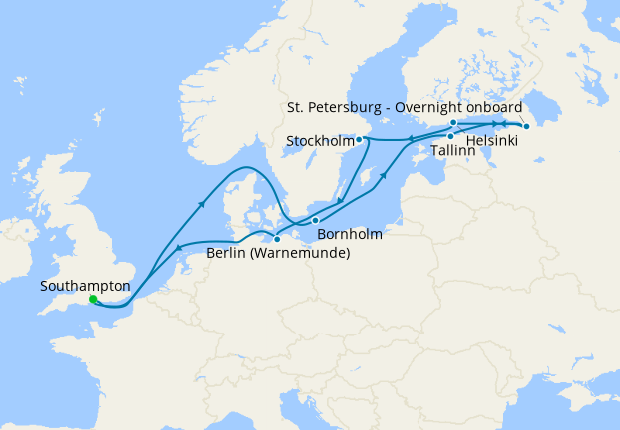 Cabins on the Queen Victoria

We have just completed a Baltic cruise on the queen victoria and had a wonderful time. I enjoyed the art classes and deck games while my husband enjoyed the lectures on sea days. The formal nights were great as was the food and the people we made friends with in the quizzes. The weather was very good and the ports of call all very good especially as we did ports we haven't visited before. These included Oslo, Klaipeda Lithuania, Visby Gotland Sweden, Tallin, overnight in St Petersburg and finally Gdansk Glynia Poland. A great cruise I would recommend it to anyone who wants to see some great Baltic countries.

The cruise took us to some places I had never heard of - Klaipeda and Visby, but both were beautiful. We were fortunate to have perfect weather throughout the cruise. We went mainly to go on the Queen Victoria, but all the stops were wonderful. Cunard service was superb as usual and the ship was magnificent. We can't wait to go on another Baltic cruise.

The cruise was very good.T^he food excellent,the staff were very helpful and attentive. However the cost of the trips were very expensive and the drinks on board were astronomical.Just about every person we spoke to felt the same way.

*Book a Cunard Fare voyage between 18 December 2019 and 2 March 2020 and receive additional money to spend on board on selected voyages. Applies to selected 2020 and 2021 voyages. Amounts vary by voyage duration and category booked. *Secure your holiday for £1 per person. Available on selected holidays. When securing for £1pp, the holiday balance is payable by a monthly easy payment plan. Alternative initial payment options available.

Note: On 13 January 2018, new European legislation is being adopted in the UK which as result will mean that we may change our required method of payment at our discretion, irrespective of how any deposit or prior payment was made.
Speak to a Cruise expert 0203 848 3605
Close
﻿